Winner of the architectural competition

The consortium DELTA and SWAP Architekten won the architecture competition for the new laboratory and office building with ca. 1,200 m2 usable area on the IFA site in Tulln with a unique proposal. The architecture experts of DELTA and SWAP were able to convince the jury with a DELTA green line architecture concept, from which emerged one of the first laboratory and education buildings in Austria to be built from wood. “IFA Tulln is located in a rural area and we have taken up this aspect in our design in many details. The Bundesimmobiliengesellschaft is writing real estate history with one of the first laboratory buildings in wooden construction in Austria and we are proud to be able to play such a decisive role in shaping this project”, says Dipl.-Ing. Wolfgang Kradischnig, Managing Director at DELTA. In accordance with the architectural concept of DELTA and SWAP, the building will be ideally integrated into the natural surroundings, both in terms of the natural materials used and the visual appearance. The users will also benefit from this feel-good architecture. Translated with www.DeepL.com/Translator (free version)

With the new building, the University of Natural Resources and Applied Life Sciences is building additional space for laboratories and offices for the Institute of Environmental Biotechnology and the Analytics Center. The abbreviation IFA stands for Inter-University Department of Agricultural Biotechnology. Photos: Christian Brandstätter

‘The project intends to be simple in its structure of clear buildings which develops the existing campus typology as a free-standing building. The three-fold floor plan convinces both with its functionality and also with the different room qualities to be expected. The use of wood as a construction component is consistently applied in its material specifics and generates both inside and outside its own atmosphere or a distinctive aesthetic. From a user’s point of view, the 3-fold arrangement means it is only a short way between the office and laboratory. At the same time, there is a clear allocation of the corridors to the laboratory and office zones.’ 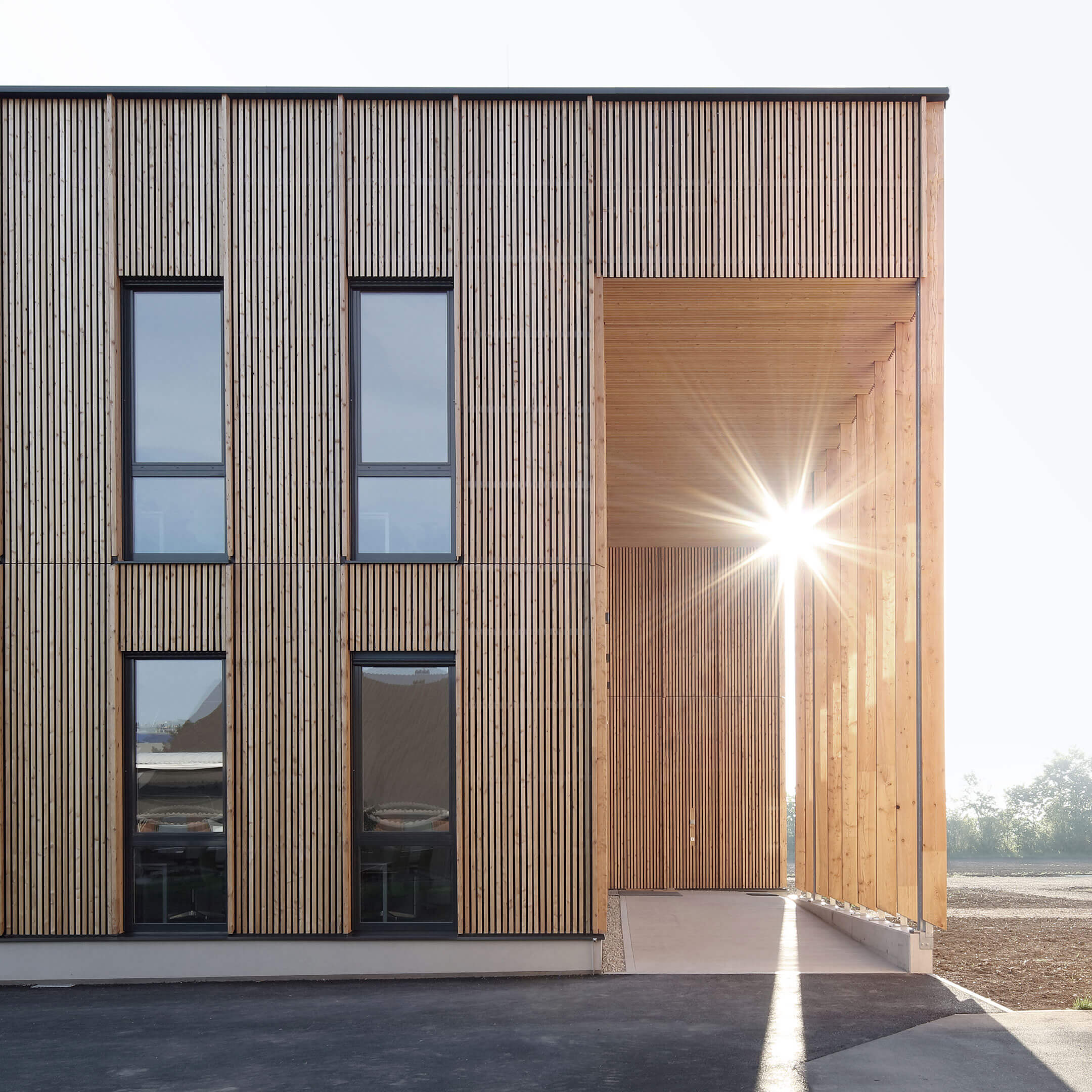 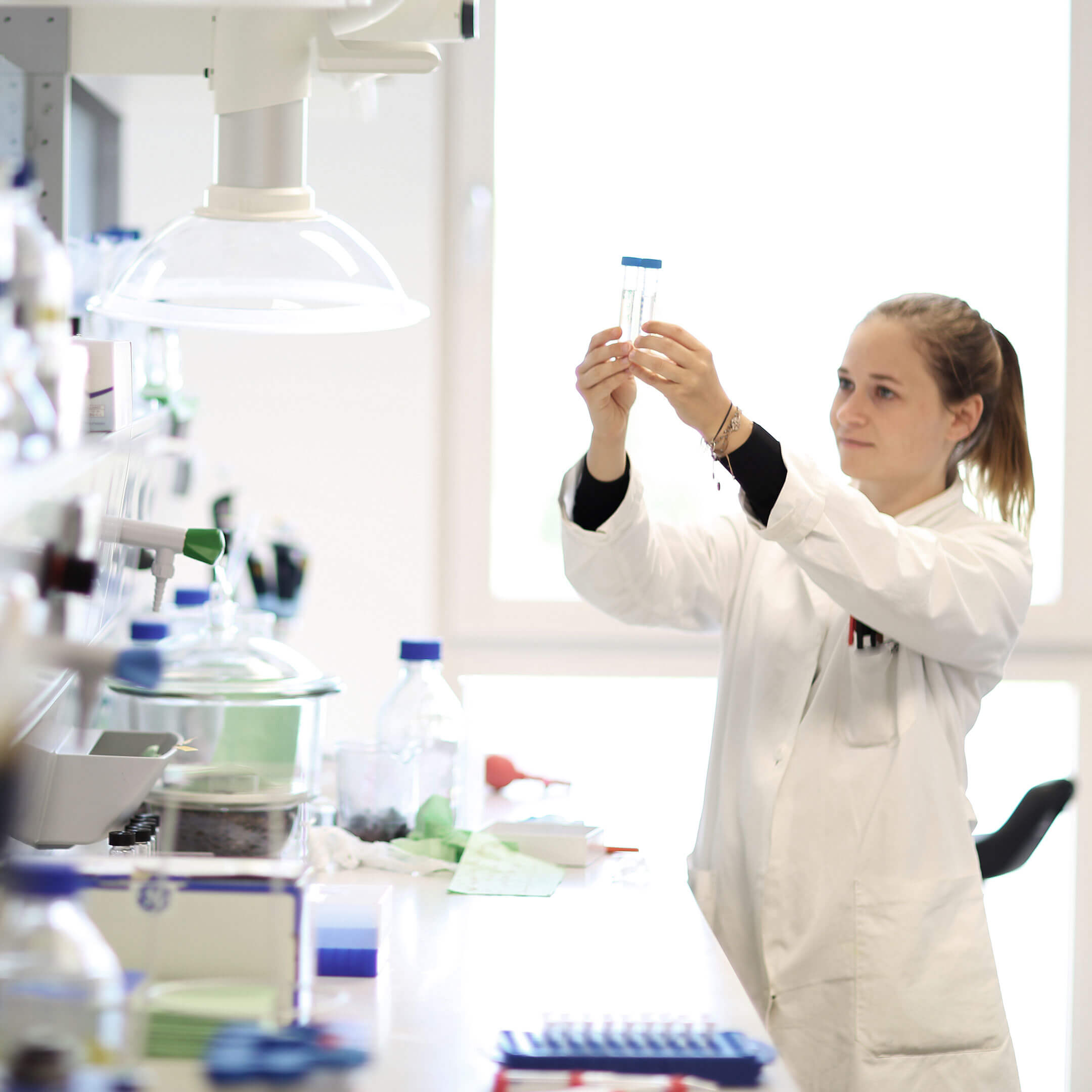 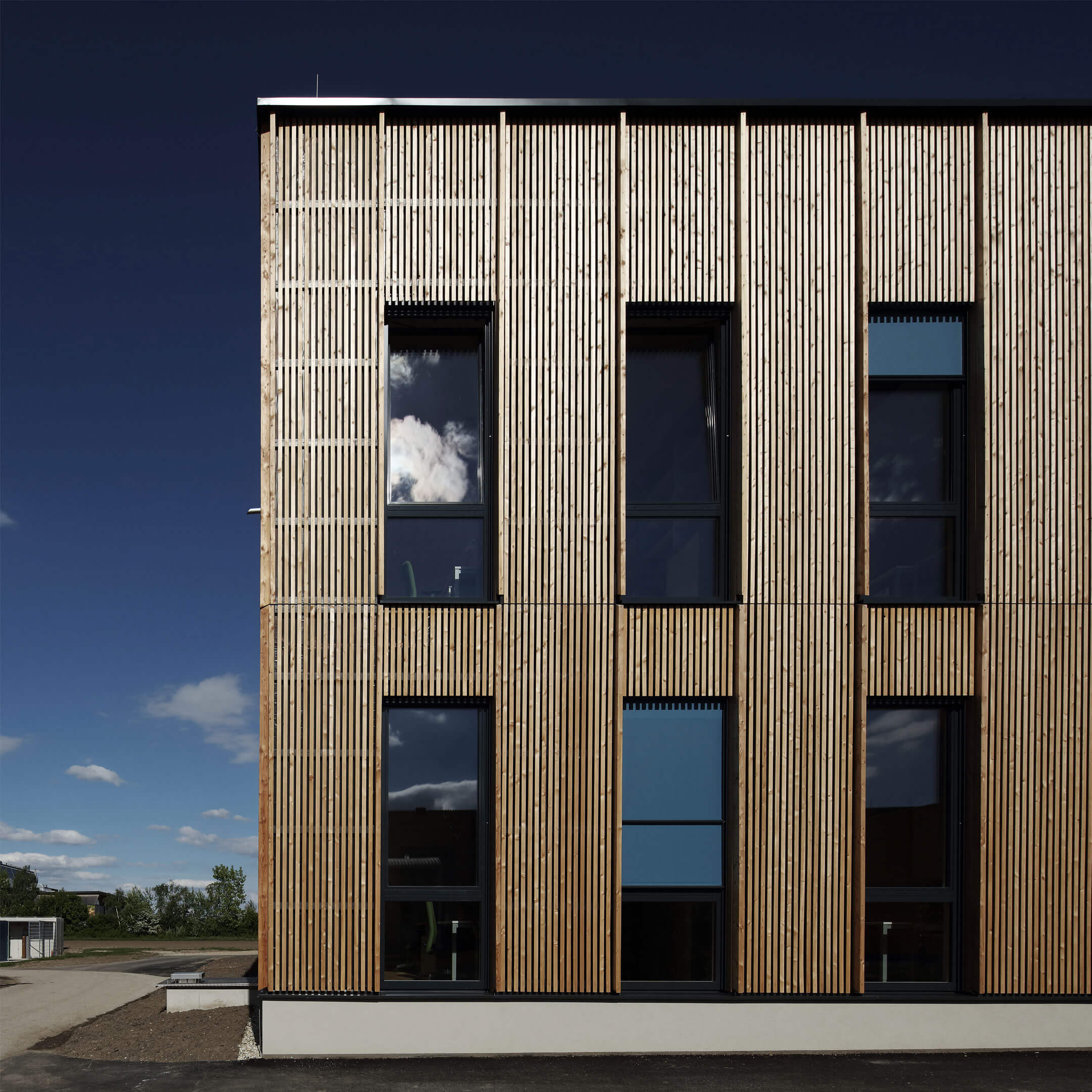