Healthcare Architecture: The lessons of the pandemic

In the past, the cost debate predominated in reporting on the healthcare sector. The pandemic has now pushed hospitals in many Western countries to their breaking point, revealing the importance of a functioning healthcare system. In architecture and construction, this area has always been considered a hidden supreme discipline. Wolfgang Kradischnig and Peter Podsedensek, founders of Delta Podsedensek Architects ZT GmbH, provide insight into the architectural lessons that can be drawn from the crisis so far in terms of hospital construction and explain the role of digitalization.

Vienna, February 4, 2021: It all started about a year ago: In Wuhan, China, a hospital with 1.000 beds was built within ten days, the world’s largest hospital ship docked in Manhattan, and in Vienna, a large hospital was set up in the exhibition hall at the Prater as a precautionary measure. Suddenly, a highly specialized architectural discipline, about which little was otherwise spoken or written, was the focus of public attention. In the international construction and architecture industry, healthcare has always been considered a supreme discipline due to its diverse requirements. Hospitals are complex buildings that have to fulfill numerous different functions under one roof. Essential main connecting routes, for example between the emergency room and the surgery room, must be kept as short and barrier-free as possible, in addition to kilometers of cabling and installations. The degree of purity of individual areas also plays an essential role in the design, as public and germ-reduced rooms must be strictly separated from each other. Delta Podsedensek Architects ZT GmbH is regarded as an internationally recognized player in this field and can also refer to numerous projects in Austria – including the Tulln University and Research Center, Boehringer Ingelheim’s LSCC biopharmaceutical production plant, the Elisabethinen hospitals in Linz and Vienna, and the Diakonissen Clinic in Linz. Company founders Wolfgang Kradischnig and Peter Podsedensek highlight the insights that have been gained so far, one year since the COVID-19 virus outbreak, for hospital construction of the future. 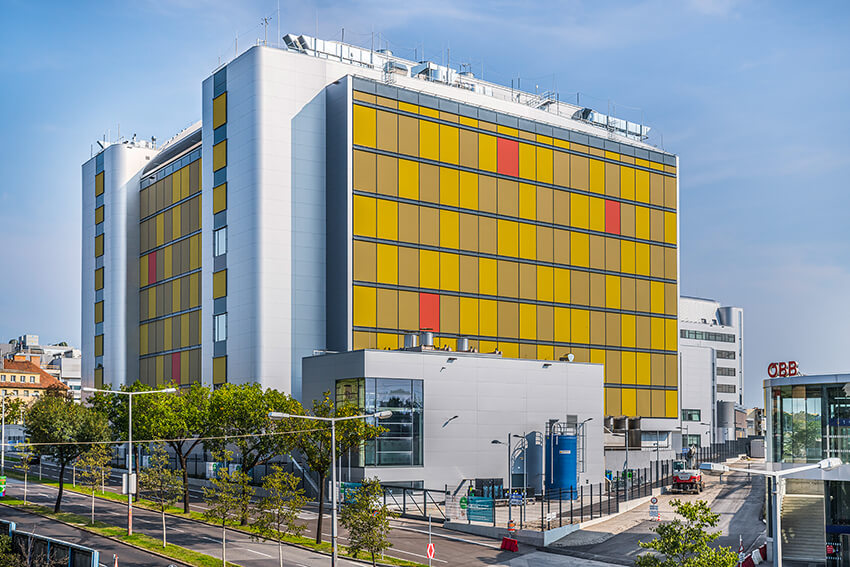 According to Kradischnig, an entrance area is a place that can quickly become a hotbed of infection. “There will be greater awareness of the separation and health triage of individuals before they even enter the interior spaces. Quick, uncomplicated selection, for example via turnstiles or airlocks, will become essential. More space will have to be allocated in planning for such places in the future.” Podsedensek adds, “Guidance systems or crossroads in hospitals are increasingly being considered so that certain spaces, such as waiting areas and outpatient clinics, can be used for a pandemic without creating contact risks for other patients.” A major challenge, he said, is planning the spaces so they can be used wisely during “non-pandemic” times. Patients, staff, and suppliers should be kept as separate as possible without being restricted in their operational work. Hospital-specific germs, some of which even kill patients, also play a role in the debate surrounding the issue of infection hotspots – not only, but especially since COVID-19. Hygienic aspects make it necessary to have a high level of expertise in cleanroom technology when planning buildings, which provides for various levels of sterility. This makes it possible to determine which forms and materials should be used. Podsedensek can draw on his many years of experience here: “A few large surfaces can be cleaned better than small ones, and the number of joints should be minimized as far as possible. Automated door openers and “push-to-open” mechanisms are more hygienic than handles. A sensitive area is also the edge between the wall and stems.”

However, according to the two experts, the construction of hospitals of the highest isolation levels is not sustainable from an economic point of view. “There are already publications in this direction, such as the two-bed room with two separate wet rooms, but as soon as it comes to examining the follow-up business costs, this becomes very critical,” Kradischnig is convinced. In his opinion, the trend toward single-bed rooms is preferable in comparison. Not only can infectious patients be isolated quickly and effectively, but gender-segregated multi-bed rooms become obsolete, which benefits flexible occupancy. Increased investment in modular construction is conceivable in the future. Kradischnig is convinced that the industry has learned a lot here from the current crisis: “In the past, there was hardly any need to construct a building without a concrete demand, as a precaution, and within a few days. Now, however, challenges for the unbureaucratic and rapid completion of such projects are being deliberately addressed.” According to the two experts, Austrian hospitals have recognized that they need to respond quickly to changing needs. Not only the requirements of users but also those of pharmaceutical and healthcare buildings themselves have changed significantly in recent years. Medical and, above all, technological advances are ensuring that the life cycles of use are becoming shorter and shorter, which is also giving a boost to the trend towards building revitalization.

“Smart hospital” is the goal

As in many other industries, COVID-19 exposed the importance of digitalization in healthcare. “We have seen the importance of close collaboration between hospitals and that a common IT infrastructure and cloud systems are needed. In order to ensure fast, high-quality medical care, data exchange must also function properly between physicians in private practice and hospitals,” Kradischnig is convinced. That this is not yet the case is proven by a headline-grabbing mishap involving our German neighbors in Bavaria. In August, travelers had to wait for weeks for their COVID-19 test results, and some infected people could not be identified because handwritten paper documents were used at the testing centers. Beyond the conditions of the pandemic, he said, measures to increase IT security and precautions against cybercrime are particularly important. For example, data security for digital medication dispensing should also be increased. “What is missing is a unified digitalization strategy. So far, there are mostly just small-scale isolated solutions implemented in different hospitals. Now it’s up to us to use the newly gained knowledge and implement it for future projects,” says Kradischnig. In general, the pandemic has not only increased the complexity of projects in the healthcare sector but above all exposed it. As a result of this development, it is becoming more difficult to handle projects with different persons in charge and interfaces without problems. “A holistic service approach – architecture, construction management, and IT from a single source – is now more in demand than ever. This creates the impulse for partnerships within the architecture and construction industry,” Podsedensek concludes, referring to the merger of Delta ZT Vienna and Architect Podsedensek ZT that took place last fall. 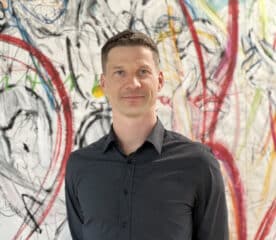 Arno Gingl is now CEO of Delta Projektconsult GmbH and shares the active leadership role with Marc Guido Höhne. With his broad knowledge and high commitment to integrated consulting, he creates long-term solutions for sustainable projects.... 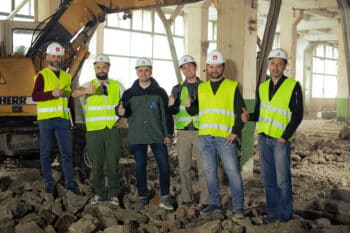 Congratulations to our customers, partners and colleagues! Thank you for believing in Ukraine and continuing to work for our Motherland.... 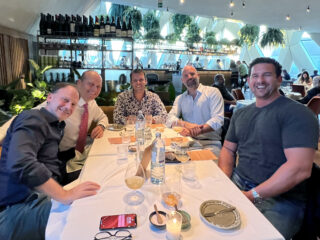 The international DELTA Group invests in blue auditor, an ESG management and risk assessment platform that enables the transition to a sustainable real estate industry. In search of future business......